The first game between the defending World Champion Ju Wenjun (China) and Kateryna Lagno (Russia) was played on November 19 in Khanty-Mansiysk. The World Champion had White. 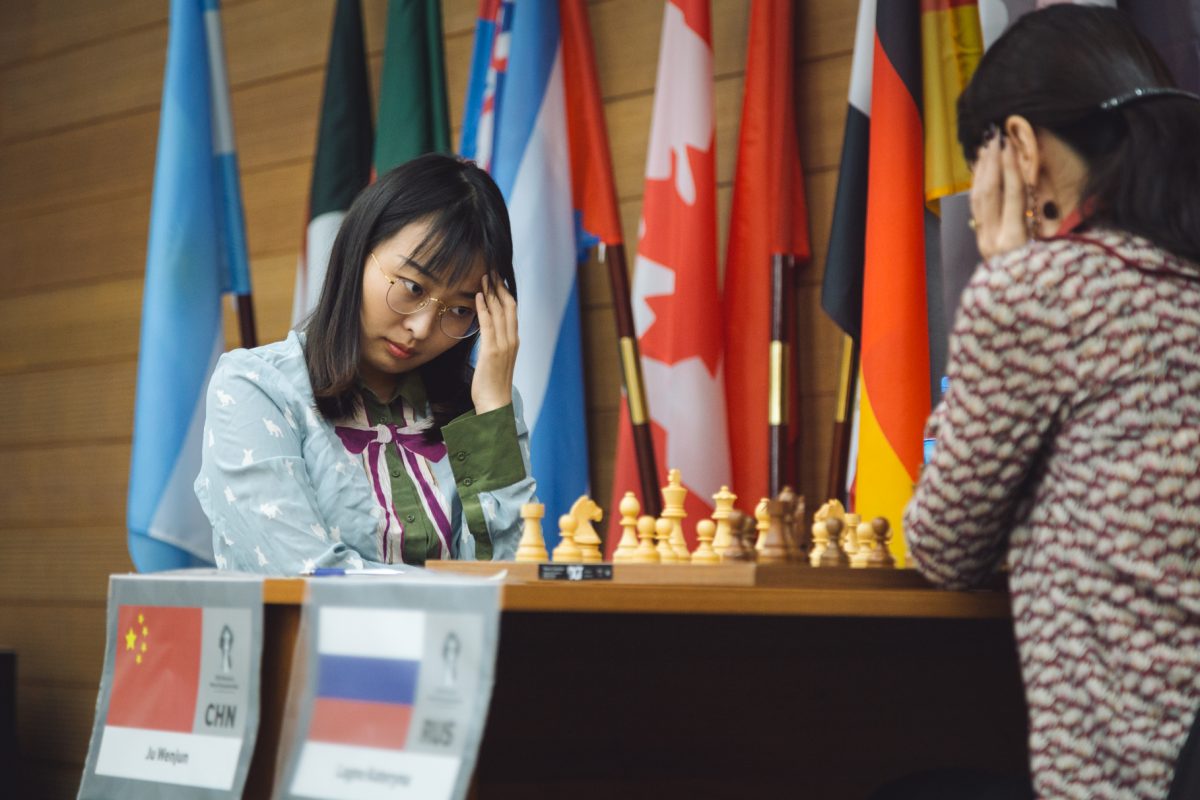 A hybrid of the King’s Indian and Gruenfeld Defense arose. The game quickly became very concrete, and demanded a lot of calculation from both players. White claimed an opening advantage, as Black’s dark-squared bishop remained enclosed on the kingside. The players abstained from castling for quite a while. If White had maintained the grip and traded the queens, Black’s position would become precarious, however, Ju Wenjun played a little too soft, and Lagno was able to carry out a freeing break. 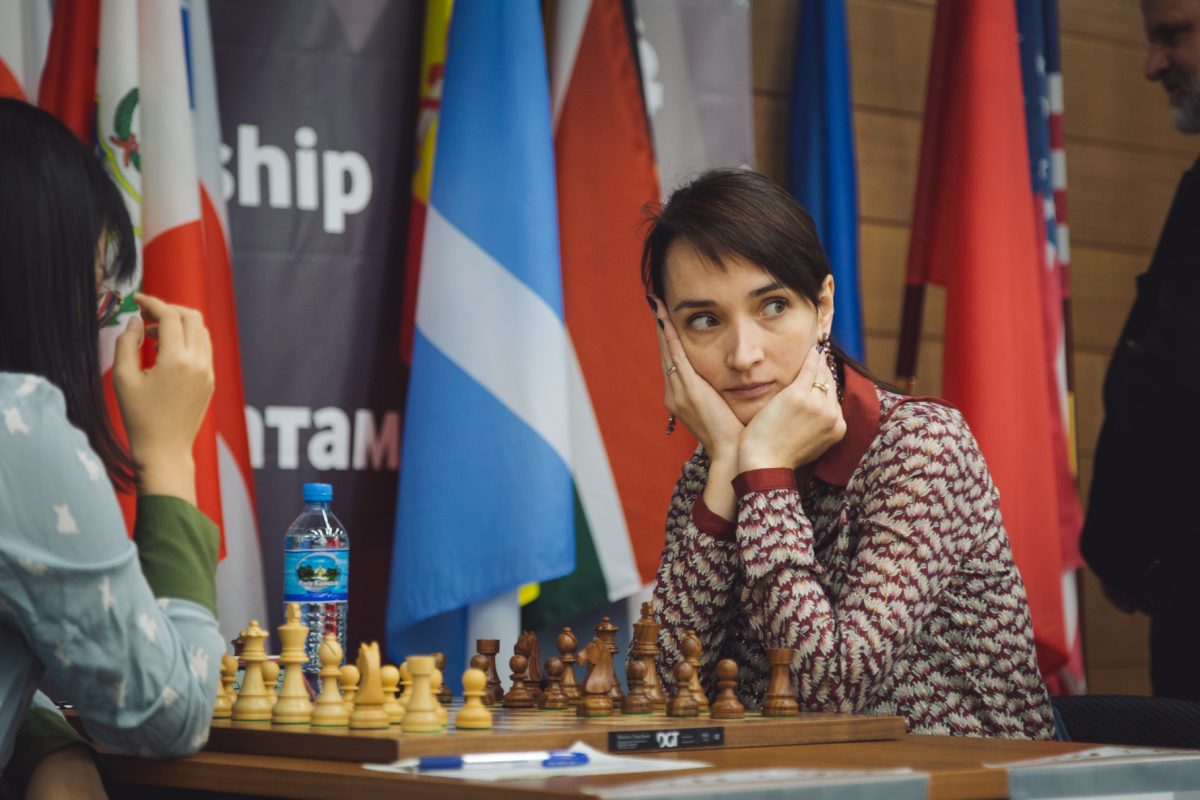 Both sides were under the heavy time pressure and missed a number of promising opportunities in the subsequent sharp battle. At some point, the champion made a serious mistake, but was not punished for it. Kateryna decided to simplify the game, once again giving White an edge, however, Ju Wenjun played very solidly, with a draw in hand. A draw was agreed to on the move 36. 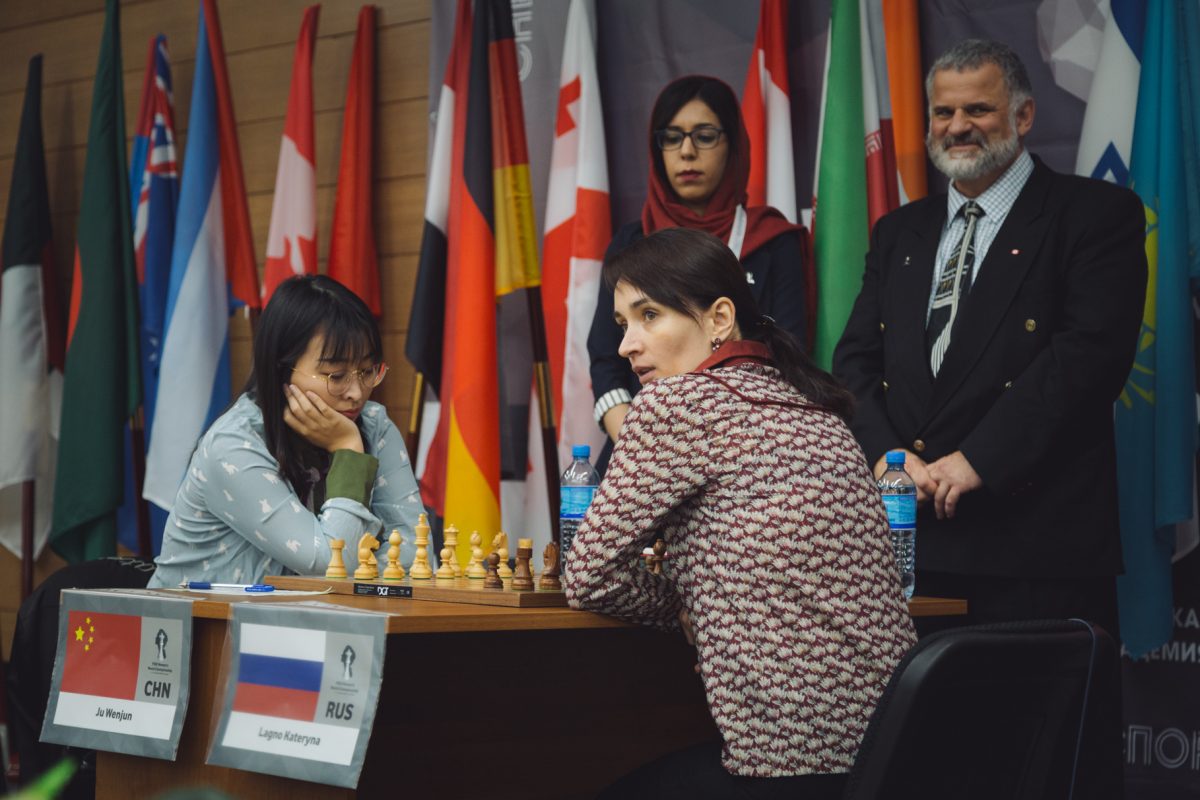 The second game will be played on Tuesday, November 20. Kateryna Lagno has White.