It is not the first time for one of the strongest chess players of his generation to work as a commentator at a major event, and he always approaches this job creatively. Let us find out his opinion on the championship.

– How do you find the World Women’s Championship in Khanty-Mansiysk?

– Quite bleak. November is a fairly cold month in Khanty-Mansiysk. One has to be very careful about the clothing and amount of time spent outside. This is especially important for such a heat-loving plants as yours truly. Some of the participants from the warmer countries are probably uncomfortable here, too. Like it or not, but it brings certain restraints and influences the results.

– Do you like the format of the tournament? Considering this is the last knock-our World Championship…

– This format is exceptionally hard for the participants, however, one cannot invent anything more exciting and attractive for the fans. In my opinion, a knock-out cannot be boring. There is a lot of fight with many decisive games, lack of short draws, and something exciting happens in every round.

The only thing that depresses me is a very small number of spectators. Apart from several officials, fathers, mothers, and other team members, there are very few onlookers. And we are not talking about some open – this is a World Championship! I got used to having no live feedback from my English streams, and this is understandable – all the viewers are on the net. However, I’d like to see more interaction with the Russian commentators.

– Do you have any suggestions?

– I don’t, but I am not an organizer. It is obvious, however, that FIDE needs to do something about it. In my opinion, women’s chess can and must draw more interest than men’s chess. I don’t think the London match between Carlsen and Caruana succeeded in creating much hype, either. 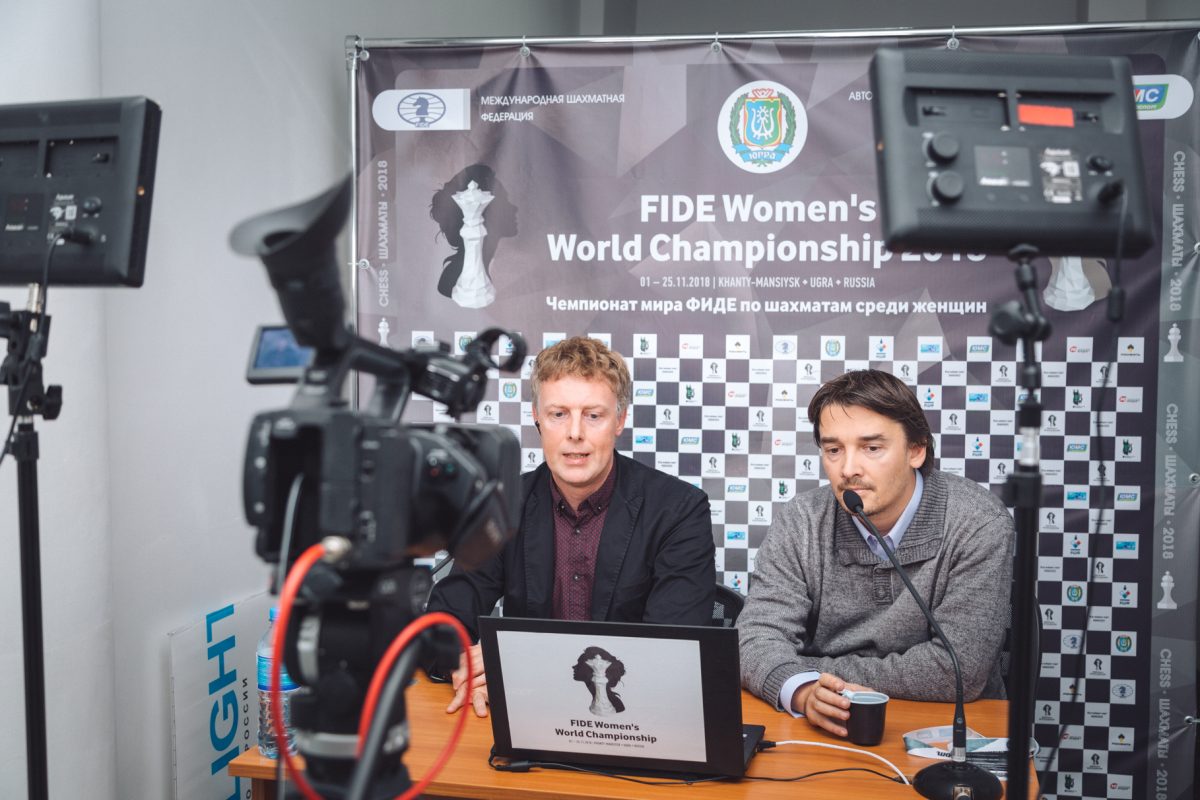 – What would you like to see at the chess events?

– Generally I want to bring excitement back to chess. People must enjoy coming to tournaments. Tournaments can be a good fun, training, or basis for communication, a social circuit of sorts. There is a number of ways to deal with it.

– Back to our tournament – was there anything that surprised you?

– To be honest, I had stopped following women’s chess for quite a while, and wouldn’t know much about the favorites before the championship. As the tournament went on, I caught up with the situation. The games, like in any other women’s tournament, are nerve-wrecking and inconsistent. The same player can play both excellently and horribly.

– A few words about the balance of power.

– The upper part of the table seems stronger than the lower part. The latter has an unquestionable favorite – Kateryna Lagno. She plays much better than anyone else; she is possibly in a good form. I will be surprised not to see her in the final. The situation in the upper part is not as obvious. There is Ju Wenun, Kosteniuk, Anna Muzychuk – each of these players deserves to be in the final.

– Yes, there are some. Judging by purely chess content, I can note the Iranian Mobina Alinasab, who was virtually unknown before the tournament. I liked the girl from Uzbekistan, Gulrukhbegim Tokhirjonova – although it seems everyone else already knew and respected her. I think she has very high potential; she plays solid and powerful chess. It is necessary to mention Zhansaya Abdumalik, whose achievements had reached even my ears. She can achieve a lot in women’s chess, however, if one doesn’t have 2600 by the age of 19, the prospects in men’s chess are nebulous.

– It sounds a little harsh…

– No, I really liked some of her games. For instance, in the middlegame of the first Quarterfinal game against Mariya Muzychuk she played series of moves that a strong grandmaster could be proud of. However, as if often happens with girls, her play is inconsistent. I wish her to keep improving!

– Do you think the champion can defend her title? It seems she almost meets no resistance…

– That’s it – they aren’t even trying to fight her. Ju Wenjun plays the way she likes, obtains positions she enjoys, she always feels at home. I think she understands very well which strategy can bring her success. This is why her victories look so easy.

– Who can stop her and how?

– I am not sure about who, but I more or less know how. One must play hard against her, take risks, move forward, use bluff…

– You are saying that women’s chess is more attractive than men’s chess. Do you enjoy commenting women’s games?

– As I said, this is a strange job. You have to talk to yourself for five hours straight every day. Perhaps I’ll need a therapist after the championship. I am greatly missing feedback of any sort. Very few spectators come up with questions. I tried to ask them several times, but my own echo was the only response. 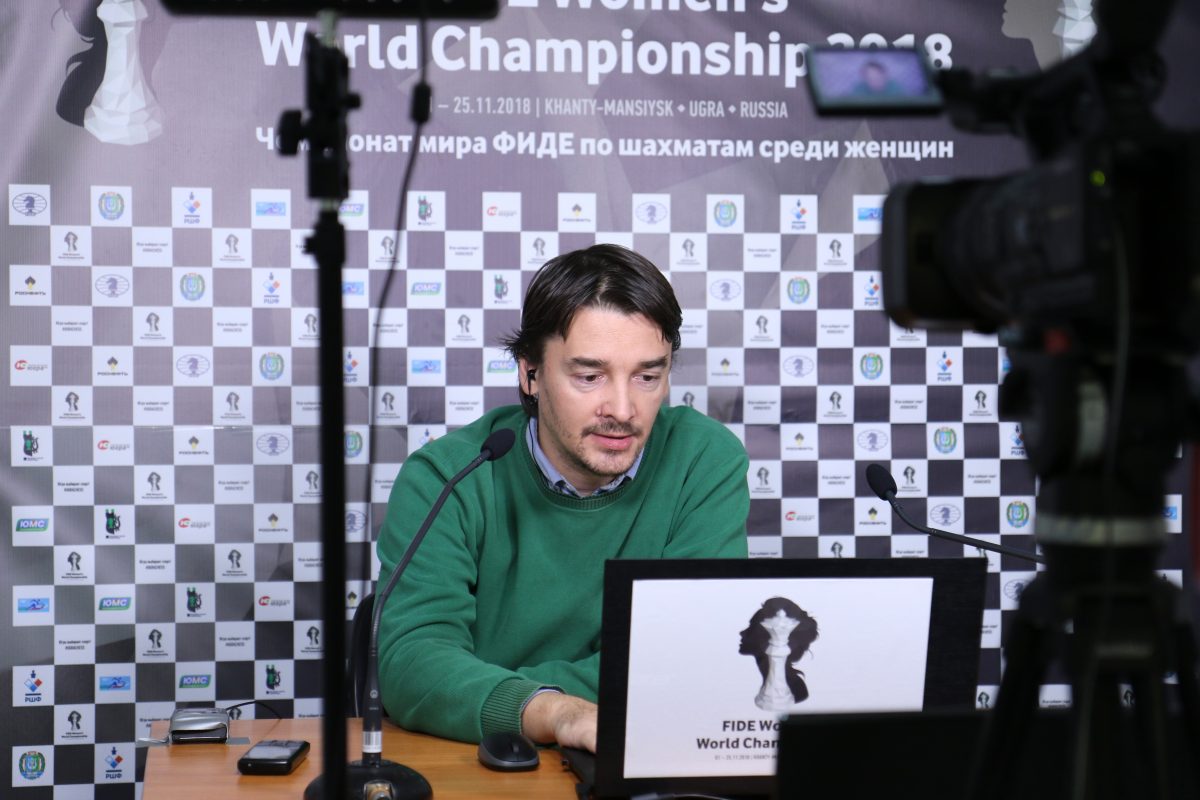