An interview with Mariya Muzychuk from Ukraine after her victory over Zhansaya Abdumalik from Kazakhstan:

– Mariya, what happened today in your additional matches?

– It wasn’t easy at all, my opponent fought very well. Two times I won the first game and then couldn’t even make a draw in the second one. I think that the most difficult part was to understand that nothing happened after the lost game and you have the matches to continue so you just had to do your best. I tried to be calm and maybe this helped me.

– The most dramatic game was the first one with “10+10” time control. What was there there?

– Actually I was much better all the game. I won a pawn but at some point I just couldn’t convert it and I was short of time. Then we had a position where I had a rook and a knight against a rook. Of course, I had to play it because there were very many games where the stronger side won.

– But your opponent could have claimed a draw at some point. 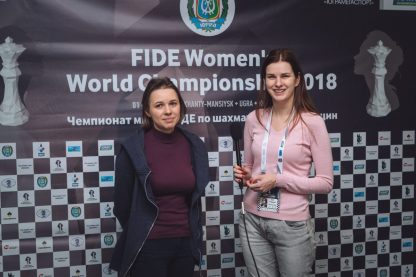 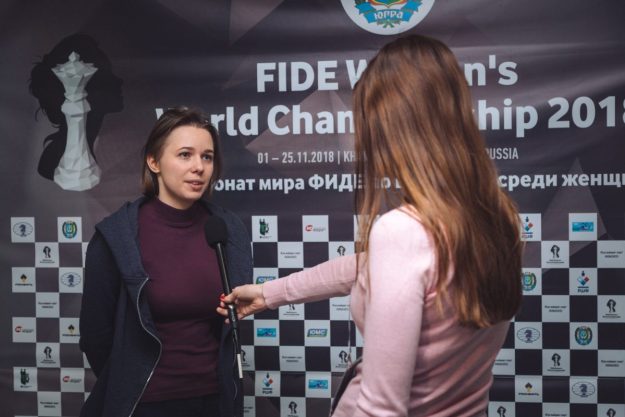