– Gulrukhbegim, please tell us about the tie-break match with Valentina Gunina.

– In a regular part of the match, you won the first game and then you lost the second sone. What was your emotional state before the tie-break?

– After the win, I played very badly the second game so I deserved to lose it. That’s why I didn’t think about it before the tie-break. I just played and I did my best today.

– You have played three matches with very strong opponents – Alina Kashlinskaya, a former world champion Tan  Zhongyi,  and Valentina Gunina. Which match was the toughest one for you?

– As far as I know this is your first World Championship, so what are your impressions of the playing hall, the venue, your games etc?

– The playing hall is great. It’s very exciting to play here. My opponents are strong and tomorrow I will play with Ju Wenjun. It’s a great tournament for me to improve and I enjoy it.

– And what do you think about Khanty-Mansiysk?

– It’s a little bit cold for me because we still have autumn in Tashkent.  But Khanty-Mansiysk is beautiful with its everyday snow. 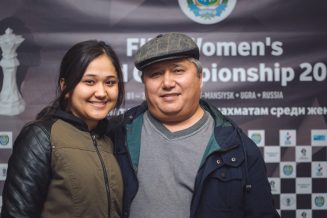 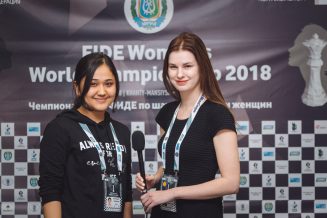 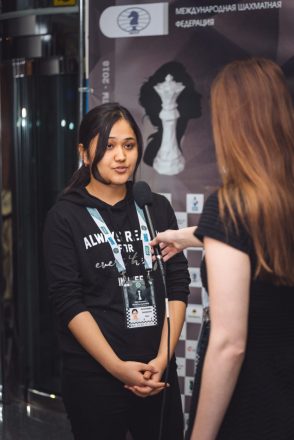 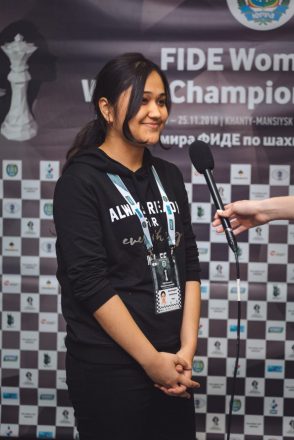 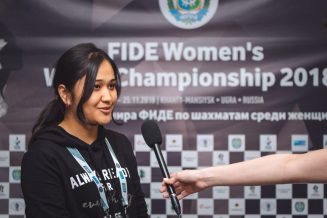 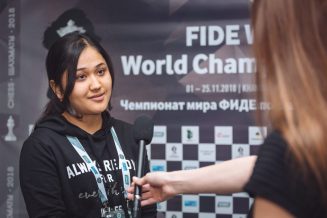